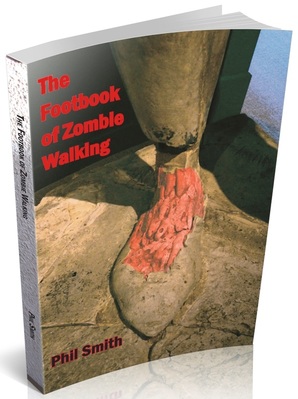 In his fantastic book Counter-Tourism:The Handbook he encourages us to see the world in a new way, to re-view the familiar through our own mischief, to play with established sites, to usurp the rules set by the heritage industry and question the geographic and historic hegemony. He enables us to recognise that history and our expectations of landscape are a construct and that we would have much more fun if we fabricated our own. Above all Phil Smith encourages us to play again, (in the case of some atrophied readers he may be encouraging us to play for the first time) to rip up our guide books and write a new narrative over the landscape.

He encourages us to slip into liminal spaces, explore boundaries, discover that the most interesting places are often the least visited. In his dérives he has uncovered ways of enjoying the world anew.

There is something distinctly spiritual about his books. Phil Smith encourages us to re-engage with an environment we mostly ignore. Since reading Counter Tourism and On Walking I often find myself contemplating the pleasures of getting lost. Leaving the path or the motorway and exploring unknown spaces. I enjoy finding out facts and folklore about unfamiliar locales and revel in lying about overly familiar places. These experiences are akin to laying a transparency of magic over the landscape.

With his new book The Footbook of Zombie Walking his approach has evolved further. The journey through the landscape is explored through the myth and tropes of the Zombie. But rather than this being an exploration of elaborate Zombie role play (which I was expecting) it becomes something far more eye-opening, spiritual and ultimately moving.

The book uses a structure that those of us familiar with Phil Smith’s work will recognise: observation, italicised records of discoveries, suggestions for exercises to enhance your dérives and academic cross-referencing between discoveries on the walk and his own extensive knowledge. However, owing to the focus of the book being on the Zombie, it delves into very strange and enlightening territory.

For some, Zombie movies are revolting excesses of gore and violence, they appear repetitive and often cheap, they revel in death and decay, and they celebrate the post-apocalyptic life. For others the films appeal for the exact same reasons. The Zombie film is about rebirth. The rebirth of the landscape, the body and the mind. It is this notion of starting again - of our overly familiar environment becoming a brand new place of unexpected possibility – of our own minds and bodies being agents and vessels of this change - that appeals to us.

Walking and Zombies might not seem well-matched bedfellows but on reading this book I am surprised that this has not been covered before. The majority of Zombie films contain more walking and landscape than Peter Jackson’s Hobbit and Lord of the Rings trilogies combined. Zombies can only walk and the survivors, with defunct technology all around them, are forced to do the same. The Zombies see a world full of possibility and food and the survivors see a ravaged shell, full of danger. Both parties are invigorated and changed by the transformation of their world. Phil Smith enables us to see our own world through these eyes.

I am a Zombie Apologist. (I have become recently acquainted with the term “apologist” when I discovered that there is a sub-genre of religious literature known as Christian Apologetics – these books are written to appeal to non-Christians who view the violent excesses of religion with suspicion. The Christian Apologist edits or re-interprets the nastier bits of religion to make it more palatable to the liberal, anti-slavery, sexually tolerant post millennials. It therefore seems an apt modifier to use next to “Zombie”.)  When speaking to those who think of undead film and literature in the same way that I consider football (i.e. not at all) I find myself avoiding the Zombie in my explanations. This is similar to the way that football aficionados try to win me over with talk of atmosphere and camaraderie to get me to watch a match whilst avoiding mention of the game itself. I find myself talking of survival, metaphors and “It’s about family really.” A classic defence of “The Walking Dead”, when met with “Hasn’t that got Zombies in it?” is “Yeah, but it’s not really about Zombies.” The Zombie cockerel has crowed three times. Not only does Phil Smith reveal this to be an utterly cowardly riposte he also encourages us to embrace the Zombie in our lives and perambulations. Phil Smith is less Zombie Apologist and more Zombie Evangelist.

Zombie films are about transformation. Primarily two things are transformed: the body and the landscape. The book acts as a guide to how we can engage with landscape, community and our own selves in a different way. The Zombie’s shambling gait is a portal to new experiences and ways of seeing.

The Footbook of Zombie Walking revises our view of the Zombie, but, strangely and movingly for such a fearful and stupid creature, it allows the Zombie to guide us into a new way of living. This is Zen and the Art of Motorcycle Maintenance for the post-millennial generation – we can find enlightenment through the Zombie in much the same way that Pirsig finds it through embracing the mechanical.

This fascinating book does require some knowledge of Zombie films due to the myriad references made throughout, I would suggest as primer material that you read The Walking Dead graphic novels by Robert Kirkman, and The Road by Cormac McCarthy. Watch Night of the Living Dead (both the original and the 90’s remake), Dawn of the Dead (both versions), Day of the Dead (the original), Les Revenants, Shaun of the Dead and see where that takes you.

Embrace your inner Zombie and see the world anew.

Seek it out. Consume. Stumble. Groan. See the familiar as though it is new. 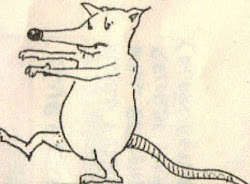